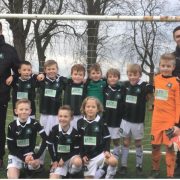 Harry and the team are continuing their successful season, taking part in a tournament at the end of the year, which included teams form Exeter City, Cheltenham, Bristol Rovers, Yeovil Town and Forest Green. Argyle’s final against Bristol Rovers saw the them win the tournament with a 4-3 win over Rovers.

A fixture break over Christmas, did not mean a let up in training with the team also taking part in friendly matches.

The academy fixtures started again in February with a 5-1 win against Walsall, in which Harry scored 4 goals. Harry continued his goal scoring with two goals in an away match against Oxford United.

The schedule continues for the rest of the season with trips away to Bournemouth and Derby County before a number of home games.

Harry is doing well and enjoying the experience of being a member of the Academy.

Recently the team have beaten local rivals Exeter 4 -1 and success at Torquay United along with trips to Yeovil Town and Newport County. 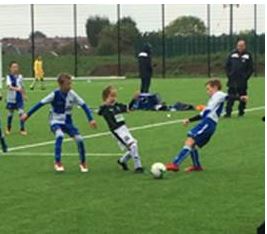 Harry has also had the opportunity to play for the under 10’s team against Newport County where he again got on the score sheet.

This month sees trips to Swindon Town and Cheltenham before a home game against Bristol Rovers, followed by a well earned Christmas break. 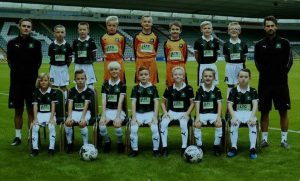 The pre-season training through the summer was very busy and the highlight was attending a session with the Plymouth Argyle 1st Team.

The squad have received their training kits and will be looking forward to receiving their formal match kit at a presentation event at Home Park.

The next fixture sees the team travel to Southampton, where they will take part in a mini tournament with the full season of fixtures due to start in September.

The Saltash office of PSP Group are pleased to be helping new footballer Harry.

Harry really loves football and through his hard work and dedication has been selected to join the Plymouth Argyle Football Club academy.

He will be training three times a week. In addition to playing matches throughout the south of England representing Plymouth Argyle Football Club, as part of the Under 9’s squad.

We wish him and his whole team luck for the season and look forward to following his progress through the academy. 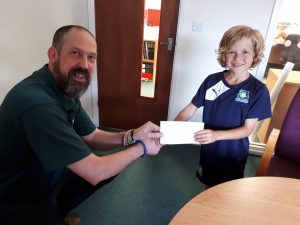